Generally, warts are deformed growths that result from a benign proliferation of the skin and mucosa in various parts of the body. Specifically, warty growths around the genitalia are referred to as genital warts or condyloma acuminata. Furthermore, anogenital warts are frequently found on external body surfaces such as the shaft of the penis and scrotum in males and the labia majora of the vagina in females. In both sexes, they may also be located around or within the anus. Although a wart may occur as a small, solitary lesion of about 1 - 5mm diameter, they can also grow and aggregate into large masses in the genital region. 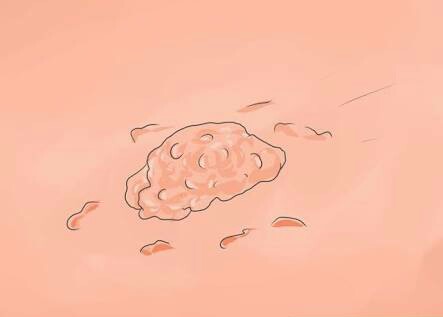 International statistics have shown that the human papilloma virus (HPV) which is responsible for genital warts is so common that nearly all sexually active persons may contract the virus at some point in their lives eventhough only 10% of those affected end up developing the warts. However, infected persons can still transmit the virus to others even if they have not developed any warts.

Here, answers will be provided to a few salient questions you may have concerning genital warts.

1. What is the cause of genital warts?

2. What are the symptoms of genital warts?

In the majority of cases, infection with HPV 6 and 11 may not show any symptom other than warts. Warts may be itchy and cause redness and discomfort. They sometimes look like small stalks with variable colours. The outbreak of warts may lead to anxiety and psychological distress in some persons.

3. How do I know if I have genital warts?

If you observed any new growth in your genital region, it is important to have it examined by your physician. Usually, the diagnosis of genital warts can be made on visual inspection and examination of the growth, although a sample of the warty tissue may be obtained by biopsy and sent for histologic confirmation at the laboratory. Furthermore, DNA tests are useful in the diagnosis of high-risk HPV infections such as those that cause cervical cancer.


4. Can genital warts be treated?

Since there is no definitive cure for human papilloma virus, the numerous available treatment options are targeted at removal of visible warts which may even regress spontaneously on their own. Unfortunately, this implies that removal of visible warts is only cosmetic and does not guarantee that the underlying HPV infection cannot be spread to others. Removal can be achieved by physical ablation or application of topical agents. Simple surgical excision of warts under local anaesthesia may be done as well as cryotherapy with liquid nitrogen. Electrocauterization has also been shown to be effective. Alternatively, topical agents such as 0.15-0.5% podophyllotoxin, podophylline and imiquimod may be applied over the lesion.

5. Are genital warts likely to reoccur?

Yes. Since it takes most people who have good immunity about 18-24 months to clear the virus, there remains a possibility of warts recurring during this period. In fact, up to one-third of persons with warts will experience a reoccurence.

6. How are genital warts prevented?
From the foregoing, it is obvious that warts are better prevented than cured since there is no known permanent cure yet. The popular ABC acronym for prevention of STDs remains applicable. A represents abstinence while B stands for being faithful to one partner and C refers to correct and consistent use of condoms. Also, Gardasil is a polyvalent vaccine that has demonstrated effectiveness against the 6, 11, 16 and 18 serotypes of HPV. Note that this vaccine works best when given before a person becomes sexually active.