Jean Uwinkindi sentenced to life in prison for crimes of genocide and crimes against humanity committed during the 1994 slaughter in Rwanda.

The 64-year-old Hutu pastor was the first genocide suspect to be sent back to Rwanda for trial by the Tanzanian-based UN tribunal.

Uwinkindi, who once led the Kayenzi Pentecostal church in the rural outskirts of the capital Kigali, was convicted of crimes of genocide and crimes against humanity committed during the slaughter.

Some 800,000 Tutsis and moderate Hutus were killed by militias from the majority Hutu ethnic group. 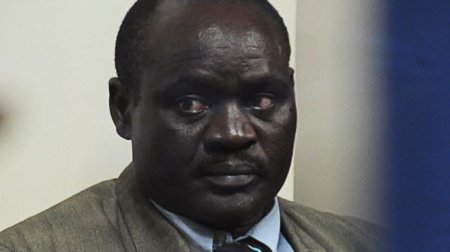 The tribunal shut down this month after sentencing 61 individuals and acquitting 14 others.

Uwinkindi - the former head of a Pentecostal church on the outskirts of the capital, Kigali - had opposed his transfer.