Curators
Nigeria's forthcoming general elections has been named as one of the world's “Top Risks 2019”. According to a New York-based organisation, Nigeria faces its most fiercely contested election since the transition to democracy in 1999. The US-China trade war, European populism, Mexico, Ukraine and Brexit were also on the list. 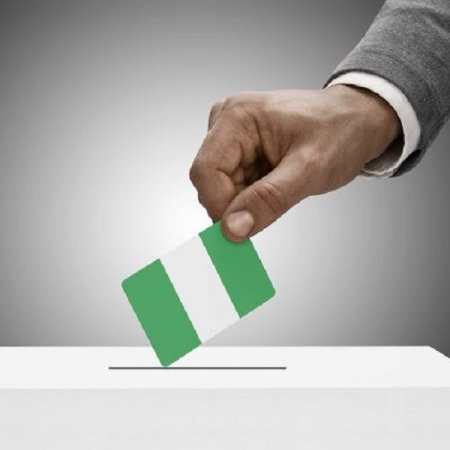 Advisory firm, the Eurasia Group, has named Nigeria's forthcoming general elections as one of the world's “Top Risks 2019”
The report which was released on Monday, January 7, stated that Nigeria faces its most fiercely contested election since the transition to democracy in 1999.
Nigeria's general elections was listed as number 10 in the list released by the respected New York-based organization.

Other issues or countries listed in the report are the US-China trade war, US domestic politics, European populism, Mexico, Ukraine, and Brexit.
The report, however, predicted that the Nigerian presidential election will be a very close or inconclusive poll between its two main contenders; incumbent Muhammadu Buhari of the All Progressives Congress (APC) and former vice president, Atiku Abubakar of the Peoples Democratic Party (PDP).

“The election will be close, and a challenged or inconclusive result is possible. That, in turn, could trigger a political crisis in which neither candidate has a legitimate claim to power."
“If the vote is close enough to trigger a runoff, Nigeria's constitution requires the second round of voting to occur within seven days of the first, a tough timeline to meet given the complexity of organizing national elections in the country. This could be a recipe for severe uncertainty in Africa's most important market," the report said.
Describing President Buhari's chances, the report said: “He is an elderly, infirm leader who lacks the energy, creativity, or political savvy to move the needle on Nigeria's most intractable problems."
“Buhari is the frontrunner. A second term for him would mean the country at best muddles through the next four years, with little progress on critical policy priorities like tax reform or a restructuring of the energy sector.

On Atiku, the report said: “His opponent is Atiku Abubakar, another gerontocrat who would focus on enriching himself and his cronies, avoiding the difficult and politically unpopular tasks necessary for reform."
“A win for the challenger, Atiku, would create a brief, superficial boost to the country's image largely because of his better health and keener intellect. But it would also pose the risk of a return to an even more rent-seeking governing style."

Meanwhile, the minister of information and culture, Alhaji Lai Mohammed says the PDP’s reactions to the appointment of Amina Zakari as head of the Independent National Electoral Commission (INEC) collation center committee is “a sheer hysteria and excuse for the party’s impending defeat.’’

The minister who stated this at an interactive session with select journalists on Tuesday, January 8, in Abuja, stressed that the PDP’s reaction resulted from “a pathological fear of impending political doom.’’
Mohammed also said that the opposition party’s reactions to alleged tenure elongation of the Inspector-General of Police, Ibrahim Idris, by President Muhammadu Buhari is a “grabbing at any floating object, even straw, by a drowning man.’’