Lamido made the commendation while fielding questions from newsmen shortly after receiving the newly- introduced traveling document from the NIS Comptroller in the state, Alhaji Isa Gere, in Dutse.

Describing the innovation as ‘’a positive step’’, the governor said that the initiative would address the problems faced by frequent travelers for unnecessary request and renewals of international passports.

He said that before the introduction of the 64-page passport, frequent travelers had difficulties in handling multiple passports which, he explained, was a burden.

“For instance, when I was a Foreign Affairs Minister, I had about seven passports before the end of my tenure, which was a burden on me,” Lamido said.

Earlier, Gere said that the new passport was part of reforms by the Service to reduce frequent request and renewal of passports. According to him, the N8, 750.00 cost for the old 32-page passport remains, adding that the 64-page e-passport costs N20,000.00 per unit.

‘’Both the old and the new passports have same security features,’’ Gere said. 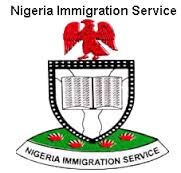