Governor Ben Ayade of Cross River State has shut out big wigs of the All Progressives Party from the U.J. Esuene Stadium in Calabar.

According to Daily Trust, the venue was billed to host the grand reception today of former members of the Peoples Democratic Party, crossing over formally to the APC.

Party chairman, John Odigie-Oyegun and other top shots arrived Calabar Friday for the formal reception of former Senate leader, Victor Ndoma-Egba and 10 other stalwarts of the People’s Democratic Party (PDP). 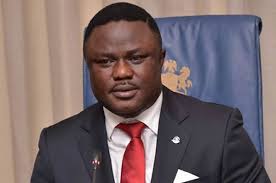 They have been told to look for an alternative venue, according to Daily Trust, as a PDP Youth rally is billed. for the venue.

Politics Police Arrest Another Critic Of Gov. Ayade, Accuse Him Of ‘Terrorism’ – Nairaland