The Borno State Governor, Kashim Shettima, and some northern elders have approached Senate President Bukola Saraki and other lawmakers to mediate and sought for reversal of the suspension on Senator Ali Ndume, Premium Times exclusively gathered from an insider.

According to the PPremium Times, The team was led by Governor Shettima alongisde “Borno elders” to the residence of Mr. Saraki, Thursday night, seeking to end the feud between the estranged allies and ensuring the suspension slammed on Mr. Ndume is lifted. 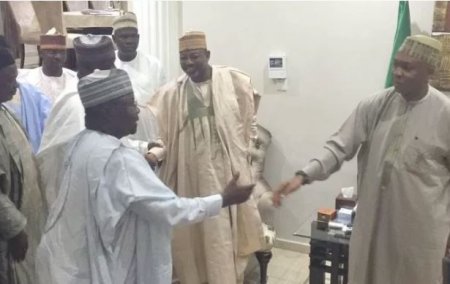 “The purpose of the visit,” disclosed the source who is knowledgeable about the development, was for “mediation.”

“They went to meet other leaders in Senate as well,” the source, a Senate insider told the online newspaper.

Politics EXTRA: I checked the dictionary for the definition of senate three days ago, says Ndume – TheCable