Curators
An intending pilgrim from Sokoto State, Inno Mu’azu has died at Sultan Abubakar III International Airport, Sokoto. Aged 56, he is said to have died while boarding a plane to Saudi Arabia Thursday evening. 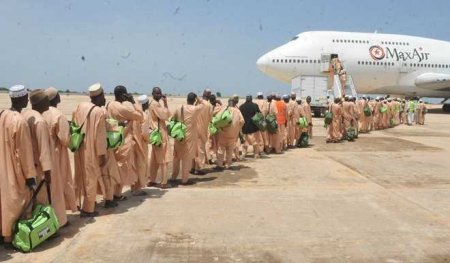 Similarly, the spokesman of the Sokoto State Hajj delegation, Alhaji Isa Shuni who also confirmed the incident, said the deceased hailed from Kware Local Government Area and had no record of any disease.

According to him, Inno had passed all screenings only to collapse and die while boarding a plane. Daily Trust gathered that two of her sons who escorted her to the airport also collapsed but one of them was resuscitated immediately but the other one is still receiving treatment at the hospital.

The leader of the delegates and Chief Judge of the state, Justice Bello Abbas while condoling with the family of the deceased, prayed Allah to grant her Paradise.