A former Nigerian to ambassador to the United States, Germany, France and former Soviet Union (USSR), Hamzat Ahmadu, the Walin Sokoto, died yesterday at 92 years in a Lagos hospital.

A statement from the Special Adviser to the Sokoto State Governor Aminu Tambuwal on Media, Imam Imam, said funeral prayers for the deceased will be held today at the Sultan’s Palace in Sokoto. 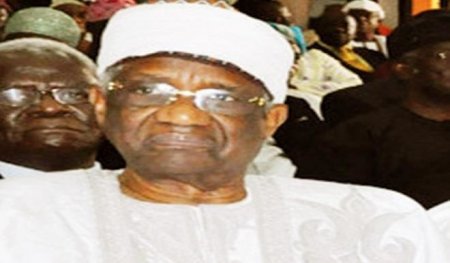 Governor Aminu Waziri Tambuwal described him as an accomplished diplomat who distinguished himself in his chosen specialties.
“As an elder statesman, his wise counsel served both the older and younger generation of leaders not only in Sokoto, but in Nigeria as a whole,” he said.