Curators
The Finance Bill 2019 is set for the signature of President Muhammadu Buhari after the two versions passd by both Chambers of the National Assembly was harmonised by the Conference Committee for the Bill.

The Finance Bill 2019 is an amendment bill submitted by President Buhari alongside the 2020 budget estimates to the National Assembly.

The bill, when signed into law, will amend seven taxes as presently constituted.

Below are the seven taxes the Finance Bill 2019 seeks to amend and how it may affect you:

The rate paid for Value Added Tax (VAT) according to the bill will witness an upward movement from 5 percent to 7.5 percent. This, from all intent is to raise more revenue for government.

As more revenue goes into the pocket of government, so also will Nigerians have to spend more than they currently do, as prices are bound to go up since manufacturers and service providers are bound to pass the extra 2.5 percent to consumers.

The Finance Bill 2019 as passed by the National Assembly has repealed Section 60 of the Petroleum Profits Tax Act, introducing Withholding Tax (WHT) of 10% on dividends paid out of the profits of companies engaged in petroleum operations in Nigeria.

The Bill effectively abolishes the tax exemption granted under the Petroleum Profit Tax Act for such income or dividends.

Under the new Finance Bill 2019, Section 32 and 36 of the Capital Gains Tax Act have been abolished.

With this, exemptions granted companies from paying capital gains tax when transferring assets between two entities during restructuring have been abolished.

Also capital gains tax would henceforth be paid by anyone who receives compensation in excess of N10, 000,000 (ten million naira) after loss of employment.

Here is where the Finance Bill 2019 will also affect most Nigerians directly outside of VAT.

With the passage and harmonization of the two versions of the Bill from the Senate and House of Representatives and the expected assent by Mr. President, sections 2 and 89 of the Stamp Duties Act have been amended.

Under the new dispensation, payment of stamp duties will now cover electronic documents.

Also, bank transfers from one account to the other from N10, 000 (Ten thousand) upward will attract a one-off stamp duty of N50. You are however exempted from payment if you are transferring from one of your accounts to another in the same bank.

Under the amendment, goods imported into Nigeria have been added to those that must pay excise duty in the country.

Another significant aspect of the Finance Bill 2019 is the amendment to sections 33, 49, and 58 of the Personal Income Tax Act.

Immediately the Bill becomes operational, those without the Tax Identification Numbers (TIN) will be barred from operating any new or existing bank accounts in the country.

Significantly, the amendments mean that companies without their Tax Identification Numbers cannot operate corporate accounts in the country.

Also, foreign companies engaged in digital economy would be subjected to payment of tax in Nigeria. The amendments expect any digital company with significant economic presence in Nigeria, even without any physical presence in the country, to pay tax. 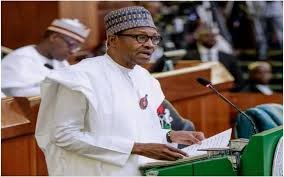