The celebrated imminent repatriation of $321 million stolen by Sani Abacha, former military ruler, has run into a storm with suspicious moves that may amount to “re-looting the loot” through the backdoor.

The federal government had, between 2013 and 2014, used the services of Swiss lawyers, Enrico Monfrini and Christian Luscher, to recover the stolen funds from Liechtenstein and Luxembourg — and domiciled the monies with the attorney-general of Switzerland since then 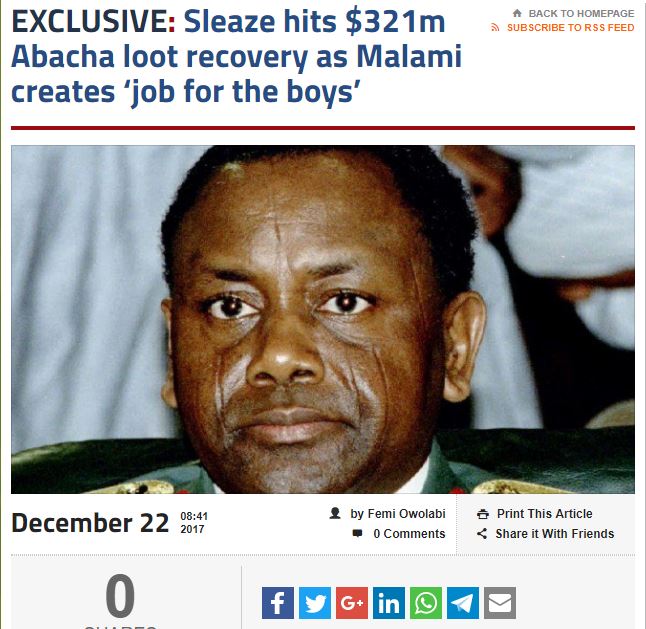