Curators
Leader of the defunct leader of the Niger Delta Volunteer Force, Alhaji Mujahid Dokubo-Asari has claimed that President Muhammadu Buhari greatly benefited from the activities of the Boko Haram sect. 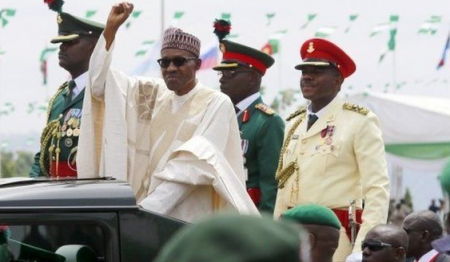 According to him, Buhari created Boko Haram insurgents, who succeeded in insaling him into power in 2015.

In an interview with 247ngTV, the former militant asked the people of Kaduna to go and kill those attacking them and stop complaining.

Asari said, “For me, the life of every human being matters and as it is said, equity helps those who help themselves. The people of Southern Kaduna cannot fold their hands.

“It is stupidity for them to fold their arms. They should also go out and kill them. That is what we do here in Ijaw, if you attempt to kill us, we will kill you.”

“I can tell you without fear that Boko Harm is working hand in hand with Buhari and he can’t deny that. The person who lost the battle of Boko Haram is Goodluck Jonathan. They use it as a smear campaign together with the satanic Hilary Clinton and Barack Obama.”‎

Feb 13, 2020
ese
E
K
Politics With the way it is going, we can wake up tomorrow to see that insurgents have mounted Boko Haram flag in Aso Rock – Pat Utomi – Linda Ikeji’s Blog