Legendary Boxer, Muhammad Ali – who died on June, 3, 2016 – was a devout muslim before he passed on. He converted to Islam in 1964, and the conversion was one of the defining moments of his remarkable life. His birth name was Cassius Clay. 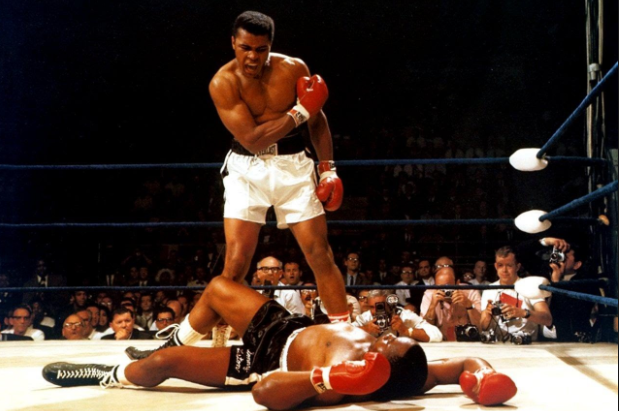 TIME's exclusive report says in a letter Muhammad Ali wrote to his second wife, Khalilah Camacho-Ali, Ali describes seeing a cartoon in the Nation of Islam newspaper, Muhammad Speaks, outside a skating rink in his hometown of Louisville. The cartoon illustrated how white slave owners brutally beat their slaves, while insisting that they pray to Jesus. The message: Christianity was the religion of the oppressive white establishment. "I liked that cartoon," Ali wrote. "It did something to me. And it made sense.”

Contents of the letter below:

“One night at a skating rink in Louisville (I was on my way home), the skating rink was located at 9th and Broadway St., while I was standing outside the building in a crowd of about 400 people, all black people, like most boys [I was looking] for a pretty girl to say something to. A black brother dressed in a black Mohair suit, [with a] white shirt and a black bowtie, was [selling] some newspapers called Muhammad Speaks. At that time it was the first time I had seen a Muhammad Speaks newspaper. The brother walked up to me and said, ‘my brother, do you want to buy a Muhammad Speaks newspaper, so that you can read about your own kind, read the real truth of your history, your true religion, your true name before you were [given] the White Man’s name in slavery?’ He said, ‘oh, by the way there is a meeting that we are having today on 27th and Chestnut St. at 8 o'clock this evening. And at the time it was about 6 o'clock in the evening. I told him OK, I will be there. But I had no intention to go to any meeting. But I did buy the Muhammad Speaks paper. And [one] thing in the paper [made] me keep the paper, and that was a cartoon. And the cartoon was about the first slaves that arrived in America, and the cartoon was showing how the black slaves were slipping off at the plantation to pray in the Arabic language facing the east. And the white slave master would run up behind the slave with a whip and hit the poor [slave] on the back with a whip and say, ‘what are you doing praying in that language, you know what I told you to speak,' and the slave said, 'yes sir, yes sir, Master. I will pray to Jesus, sir, Jesus.' And I liked that cartoon. It did something to me. And it made sense. ”

May 30, 2022
ese
E
E
Sponsored Tribute To Captain Hosa: His Whole Essence Was Making Sacrifice For Others - Greg Uanseru