The governorship candidate of United Progressives Party (UPP) in Anambra, Osita Chidoka, says he is confident of winning the November 18 governorship election in the state.

In a statement on Thursday, Chidoka said with the strong messages in his campaigns, Anambra citizens spoke with one voice in support of the UPP “and we do not take that for granted”.

While thanking his supporters for taking his campaign to the grassroots, Chidoka said the UPP used over 45,000 grassroots canvassers and 4,000 hi-tech personnel to reach out to all voters in the state.

He said as a result of this, he is sure of winning without giving bribes nor use of thugs. 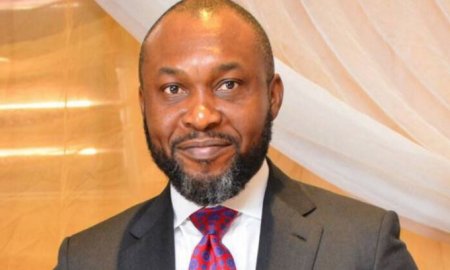 “Through the campaign, we have been encouraged by our people, the generality of ndi Anambra spoke with one voice in support of the UPP and we do not take that for granted,” the statement read.

“To their credit, we have run a robust campaign; we have the highest demography of supporters and volunteers across the nooks and crannies of Anambra state.

“We have campaigned vigorously; we have worked hard, we have shown that we can run a campaign without looting a state treasury. We have shown that you can campaign success without the police and the Army supporting you, and without a godfather.

“We stand firm in our declaration that only God the Father will determine the result of this election.”

Chidoka urged those campaigning against the election to change their tactics and use their votes to bring about the change they desire.
A

Your political career ended the day you left PDP. Anambra needs someone like you but UPP is not strong enough to pull that off
P

Jules said:
Your political career ended the day you left PDP. Anambra needs someone like you but UPP is not strong enough to pull that off
Click to expand...

There is no hope in PDP.... What holds of Obaze at the moment? Political pundits say UPP's Osita has upper hand than PDP's Obaze in Anambra votes. The d-day is tomorrow and it is here.