A witness, Bolaji Oguntade has testified against a lawyer, who worked in the Legal Department of the New Cross Petroleum Limited on Victoria Island before a Tinubu Magistrate’s Court.

The witness, who is the Chief Executive Officer of the oil company, told the court that recordings from a Closed-Circuit Television camera in the company revealed how the 25-year-old lawyer, Joshua Olomo, scaled a fence to gain entrance into the office of the firm’s Chief Financial Officer around 9pm on December 9, 2015.

He said the videos showed how Olomo broke a safe in the office and stole some vital documents, and an envelope, containing a sum of $40,000 (about N8m) belonging to the company.

The witness told the presiding magistrate, Mrs. M.B. Folami, that Olomo initially denied entering the office, but later owned up. 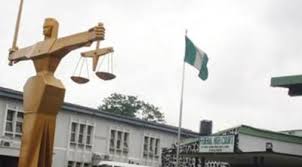 According to PUNCH, he said, “The defendant is a contract staff member in the Legal Department of the New Cross Petroleum Limited. On December 11, 2015, the CFO came to my office, informing me that he had been able to track down an individual that broke into his office. He said the safe in the office was broken and that money had been stolen in his office. He presented CCTV recordings that had been documented two days earlier.

“He said I inferred that the individual in the video was him, which was not true. He later said he was doing research in the office and was trying to get access to documents for his research. We asked him about the missing money, but he said he knew nothing about it.”

The presiding magistrate, Folami, adjourned for February 2 and 3 for continuation of the trial.