Military sources disclosed the events that led to the death of Abubakar Shekau, the impostor and leader of the Boko Haram sect.

According to the sources, when the military rounded up the terrorists that attempted to take over Konduga, they devised a strategy where they made one of the captured members send a message to Shekau telling him that they, that is, the insurgents, had defeated the troops.

The insurgents were persuaded to cooperate with the promise that their punishment would be alleviated based on the help they provided in capturing their leader.

Also, the captured insurgents had disclosed that Shekau usually moved in a convoy of cars painted in military colours while he sits in a MOWAG Armoured tank with Boko Haram inscription on its front.

When Shekau was contacted, his captured men spoke to him in Arabic, assuring him that they had taken over Konduga, thereby giving him the all clear to proceed from Sambisa Forest. To convince him further, a set of his men captured were told to sing the victory song in Kanuri language they normally sing at the background.

Having convinced himself that the messenger was his chief courier in such situation and the message is authentic, he and his followers made for Konduga, heavily armed with Anti-Aircraft weapons, General Purpose Machine Guns, several AK 47 rifles and other IEDS’. 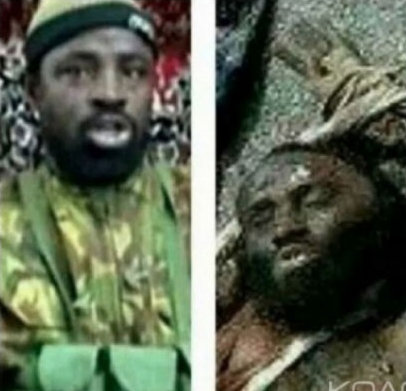 Sorry to say this is indeed a false source /statement. First of all i think we all need to do some research here! Research in the sense that only liars tend to forget their previous statements. If you watch the video allegedly claim to have been released by Shekau, its clear evidence that he cannot speak Arabic and therefore does not need to be addressed in Arabic that all is good, again in the video he said people called/named them Boko Haram, why the hell on earth will he then go on and inscribe boko harm on his car when in the video he said that's not the name of his organization?