How To Increase The Charging Rate Of Your Smartphone 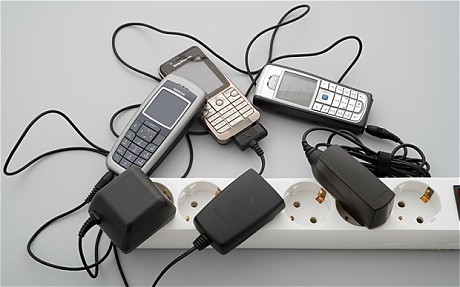 We all charge our smartphones everyday, and sometime you may have to wait for a period of time for it to get upto 100% while you were in a haste to move out, now you may wonder how you will be able to make it charge quickly so you can move. Here are tips that will help you to charge it faster in a limited time.

USE A CHARGER WITH A FASTER OUTPUT, OR A TABLET CHARGER
The normal output of the wall charger that comes with your phone is 1.1 amps. That might sound technical, but it’s just a measure of how fast the charger can get electricity into the phone’s battery. Tablet chargers are often much faster, over 2 amps, due to the fact that their batteries are larger, so manufactures don’t want you waiting longer for them to be fully charged. You can also get chargers with larger amp outputs. Both will give you a much shorter charging time.

TURN ON AIRPLANE MODE
One of the best things to do is switch your phone into airplane mode. This turns off the signal on the phone so it won’t receive any texts nor calls or even use the internet. So the battery isn’t having to use up some of the power it's getting from the charger, and for that fact it will charge up quickly.

TURN OFF UNNECESSARY SERVICES
When our phone is charging, turning off the services you’re not using such as Wi-Fi, 3G, GPS which will let the phone use less power. And also the less power it’s using, the faster the battery will get up to 100%.

COMPLETELY TURN OFF THE PHONE
If you are not going to do anything with your phone, Of course the best power saving mode is when the phone is powered off because it’ll be charged much faster.

TURN ON THE BATTERY SAVING MODE
Modern science have made it possible that a lot of phones now have battery saving modes. When they’re turned on the phone is using less power, so charging would be much faster.

DON’T USE THE CAR CHARGER TO CHARGE
Remember earlier it was mentioned that some of the wall chargers that comes with the phone are usually 1.1 amps? Well car chargers are normally around 0.5 amps, so they’ll charge your phone much slower than the main charger.

DON’T TURN ON THE SCREEN LIGHT
Maybe you are waiting for a call or about to receive an urgent message, it would not be wise to keep turning on the screen to check it. The screen is the biggest power drawer on the phone, so if you keep turning the screen on, the charging time will get longer and longer. So it is advisable to keep your phone on ringing so you can know when it is. If you have to check, turn the brightness down to minimize power drainage.