Politics How We Will Take Over Power From Buhari - New Mega Party, ADP

The rumours were true – about a new mega party to be formed in 2017. The party has emerged and it has been registered and recognised by the electoral commission. The party, Action Democratic Party (ADP) claims to have all it takes to address the socio-political problems confronting the country.

The National Chairman of the ADP, Mr. Yagbaji Sani, in an interview with The Nation attributed the loss of power by the Peoples Democratic Party (PDP) to faulty approach to party administration. Sani pointed out that the seeming leadership crisis in the ruling All Progressives Congress (APC) is also as a result of poor coordination of affairs in party administration.

Highlighting options that would differentiate the ADP from the two major existing parties in the land, and how they are going to make a difference in 2019, Sani the new party is coming on board with in-built mechanism to check the excesses of elected officials at all levels.

“We are putting in place an organised party that can deliver because the ADP is formed around the people with strong party discipline.

We have already put in place Alternative Dispute Resolution mechanism in our constitution. We also have the Founding Members Council, which is a supreme body within the party. If any member goes to court to challenge the party decision, he would be wasting his time because the party constitution does not allow that. Also, leaders of our party will be elected by the generality of members and not by delegates, as it is done in APC and PDP”. 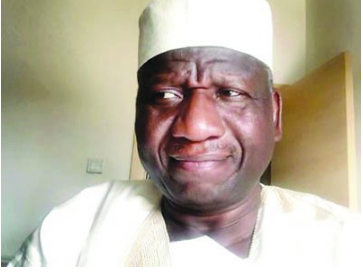 The Niger State-born politician said the ADP will put the President and governors elected on its platform in check, in line with the party’s manifesto. Stating the that the ADP is the mega party that the Nigerian voters are waiting for, Sani said, “ADP is an idea which time has come so nobody can stop it. The situation in the country calls for political realignment and re-direction. For instance why did people vote for President Muhammadu Buhari in 2015 and where did we get it wrong less than two years after.

The lesson here is that we should be voting for a system and not individuals. That is why there is no effective vehicle for the President to actualise the party’s manifesto. That is why there is in-fighting, no party discipline and disorganised arrangement. That is why President Buhari does not recognise the APC as a party he should subject himself to. No matter how good a leader is, there must be the right environment for him to operate. The APC has no Board of Trustees in place, they hardly hold National Executive Committee meetings. That’s why there is nobody to call him to order when he is going the wrong way.

It’s a situation of absolute power in the hands of an individual and this has been the trend since 1999. That is why we are where we are today. The party is deliberately weakened, it is not even there. The APC is not all-inclusive, the party is being run by a few individuals who have no idea what to do. What is happening in the APC government is a reflection of this scenario”.