Peter‎ Kondricz, the Commercial Attaché/First Secretary of the Embassy of Hungary in Nigeria, has been honoured with a traditional title- the ‘Jekada of Turakin Kebbi’.

The News Agency of Nigeria reports that the turbaning ceremony which took place at the NSK Farms Ltd in Keffi, was presided over by Nura Kangiwa, the Turakin Kebbi.

The ceremony was followed by cultural show and polo novelty match in honour of Mr. Kondricz.

Grandfishing team was powered by the formidable quartet of ‎Nura Kangiwa, the patron of NSK Farms, Haruna Shagari, Umaru Yusuf and Isa Dogonyaro, the patron of Dogonyaro Farms. 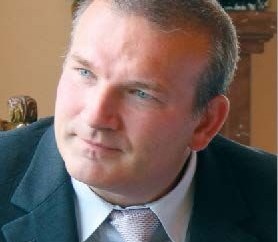 Grandfishing team emerged victorious with a 6-4 defeat of team Matam Fada to lift the winners’ trophy.

Speaking at the occasion, Mr. Kangiwa said that the new Jekada of Turakin Kebbi was decorated with the title because of his sterling qualities, amiable character and integrity.

“Your appointment into the exalted position of Jekada of Turakin Kebbi is guided by our collective and careful judgment of your ability, credibility and capability.

“This is to provide the required purposeful contribution to the development of our people and society at large,” he said‎.

Mr. Kangiwa explained that the title, ‘Jekada’ meant an envoy or emissary to the Turakin Kebbi, adding that‎ the recipient was a personal friend, confidant and lover of the people.

Mr. Kondricz, who expressed appreciation for the recognition, said the honour was not only for him but for the entire people of Hungary.

He said: “My primary mission is to develop the business relationship between my country, Hungary, and Nigeria.

“I will also do my best to help my friend, Kangiwa to develop his farm here in Keffi as well as agriculture in Kebbi State and the Federal Republic of Nigeria.”

Lim Juay Jin, the Malaysian High Commissioner to Nigeria, who was a guest at the occasion, said it was an opportunity to have first-hand information on the culture of turbanning.

“I consider it an honour and privilege to witness the occasion.

“It is not every time that one gets this rare opportunity of coming to the countryside to witness the culture and traditions of the Nigerian people.

“I think this kind of cultural exchange between countries need to be encouraged ‎as it makes for better understanding, appreciation and tolerance of one another,” he said.