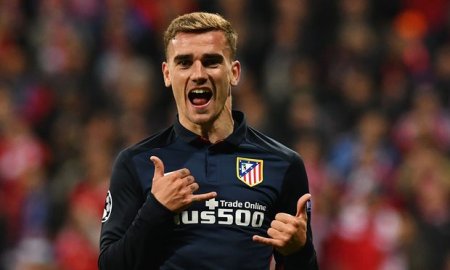 The 25-year-old forward also scooped the golden boot as his six goals fired France to the Euro 2016 final on home soil.

And Griezmann feels his stellar efforts in front of goal make him more than worthy of scooping the lucrative individual gong.

"I am proud to be a finalist, that means I am on the right track and have to continue that way," Griezmann told 24sata.

"I don't want to sound arrogant, but I deserve this award because I've had a great season with both club and the national team.

"It has been unforgettable season, first in the Champions League with Atleti, then Euros with France.

"Unfortunately, we didn't win a trophy and it was a blow for us, as well for our fans."

Curators
Yes you do, after Ronaldo and Bale maybe.
E

kemi said:
Yes you do, after Ronaldo and Bale maybe.
Click to expand...