A special court made up of members of parliament and magistrates announced the guilty verdict on Monday in Paris.

But it also said Lagarde won't be fined, serve any jail time, or receive a criminal record.

Lagarde had been accused of giving preferential treatment to businessman-turned-politician Bernard Tapie as he pursued a legal challenge against the French government. 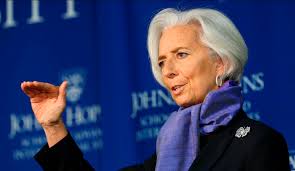 At the time, Lagarde was French economy minister.

Tapie eventually won his case and was awarded €293 million ($306 million), plus interest. Lagarde was found to be negligent for not challenging the award of such a large sum of taxpayers' money.

She was not in court for the verdict. Her lawyer said she was in Washington.