Curators
Two students have drowned while taking selfies in a swelling river in a remote part of the Indian state of Uttar Pradesh. 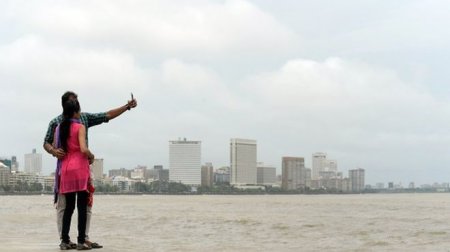 Indian media reported that the accident happened while local students were picnicking on the banks of the Kosi river in Rampur district.

A police official said a group of boys went into the river and two ventured too far into deep water.

"A group of students were bathing in the swollen river," Police inspector Kushalveer Singh told the BBC.

"Two decided to go deeper into the river to get a better selfie, but they lost their balance and drowned."

The rescuers took more than an hour to retrieve the bodies of the victims, he added.

Twelve other teenagers who had been bathing were reported safe.

Eyewitnesses speaking to local media said the boys appeared to have been caught unaware by a surge of water that could have been released from a nearby dam.

Several people have died in India while taking selfies over the last year.

World 19 Indians kidnapped by pirates near Nigerian coast released, one died in captivity – Times of India