A referee got the beating of his life during a game after giving a controversial penalty decision during a game.

A referee was brutally attacked and chased off a pitch after an Indonesian league game descended into chaos. The startling scenes took place during Peregres Gresik United’s game against Persiwa Wamena in Liga 2.

Violence erupted when the referee, named as Abdul Razak in local media, awarded a penalty for an innocuous challenge. 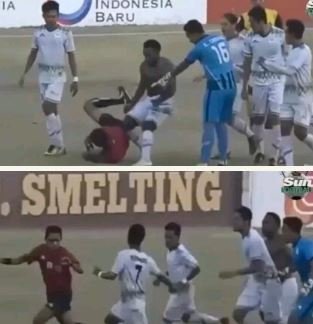