Politics INEC: "I Will Collapse if I See N5bn" - Uyo REC

The Resident Electoral Commissioner in Akwa Ibom, Mr Austin Okojie, on Tuesday said he would collapse if N5billion was brought before him in cash.

Okojie said this while briefing accredited media professionals for the general elections in Uyo.

``I was welcomed to the state with a false report that I was given five billion naira to come and rig the election.’’

He expressed displeasure over the report and urged journalists in the state to desist from reports capable of misrepresenting officials of the commission.

“Five days of my being posted to Akwa Ibom state, a newspaper published a report that I was given five billion naira to come and rig the election in favour of some candidates in the forthcoming elections.

“I was shocked to see such a report as I have worked in other states and I did not experience such a thing.

“I also worked as a journalist before proceeding to read law and I know the rules of the profession do not permit one to report falsehood.

“If I come across five billion naira now, I will collapse and perhaps I will not be here talking to you.

He said media professionals must uphold the ethics of the noble profession by reporting accurately without any form of bias.

``This is in view of the fact that the media plays immeasurable roles in the administration/management of elections.

He urged journalists to investigate stories before reporting.

He said INEC was ready to conduct free, fair and transparent elections in accordance with the electoral laws.

He said that over 95 percent of the Permanent Voter Cards (PVC) had been distributed in the state. 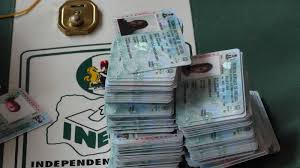