A Christian pastor has confirmed that Islamic teachings are closer to the Christ than many churches in the west, following a comparative study into both faiths.

“I know some emphases in Islamic teaching come closer to the teaching of Christ and the Bible than some teaching in Western churches,” Steve Chalke, pastor and founder of the Oasis Charity, told Christian Today.

“Ultimately the full interpretation of who Allah/God is can be seen through Jesus,” he added, confirming that both faiths worship the same God or Allah. 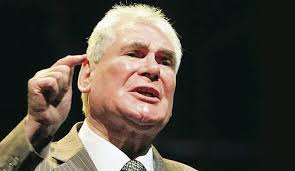 “Islam and Christianity are two very different faiths and there are huge differences between the two.”
Chalke comments followed the release of his new book, Radical, in which he explained how he had come to the conclusion that “Muslims and Christians worship the same God”.

He explained how Christians interpret god in different ways which vary greatly. “As individuals we all worship different shades of the same God,” he said.