Nigeria is currently third having gotten just one point from their two games against Congo and South Africa.

Adepoju argued that it is a panic situation to realize that Nigeria is behind Congo and South Africa.

“I am very worried about the whole situation because it doesn’t make for good reading,” Adepoju was quoted as saying on Vanguard Sports.

“I don’t mean to disrespect the teams we played against but as African champions, one would have expected we got something out of those games, but we didn’t. It is very disturbing.”

Adepoju also noted that the unresolved coaching situation between Stephen Keshi and the football federation is not helping matters.

“The whole situation certainly calls for concern,” he says.

“First Keshi doesn’t even know whether he’s got a job or not, and there doesn’t seem to be anyone who could do anything about it because of the crises at the Glass House,” he added. 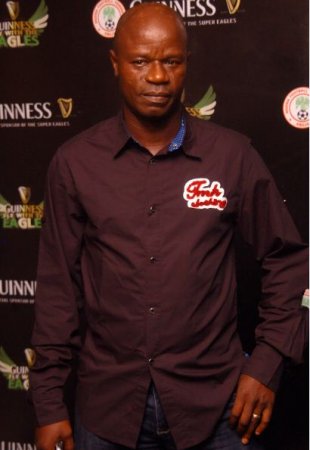 And once again, we're back to the calculator and permutations. Chidi, if Nigeria plays... Tochukwu, if Angola draw against... Time for spiritual requests.

Samod Biobaku said:
And once again, we're back to the calculator and permutations. Chidi, if Nigeria plays... Tochukwu, if Angola draw against... Time for spiritual requests.
Click to expand...

Not yet time for the calculators to come out..... maybe after the game against Sudan.

Chris Maduewesi said:
Not yet time for the calculators to come out..... maybe after the game against Sudan.
Click to expand...

Very well then. I'll keep my eyes close to your channel but personally, i feel Nigerian football gets blinded by its politics.

Nov 29, 2021
ese
E
E
Metro Even Governor Zulum will tell you that the security situation in Borno state is far better than what it was in 2015 - Adesina - Linda Ikejis blog