Curators
Italy’s new Prime Minister, Giuseppe Conte, attended a military parade on his first full day in office Saturday, while his outspoken deputy Matteo Salvini was to head to Sicily as part of his campaign against illegal immigration.

The military parade, which Conte attended alongside President Sergio Mattarella, ....... 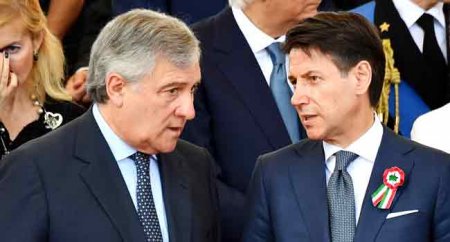