Ivory Coast’s President, Alassane Ouattara, won a landslide poll victory and a second five-year term in a weekend vote intended to draw a line under years of turmoil and a 2011 civil war, the elections commission announced on Wednesday. 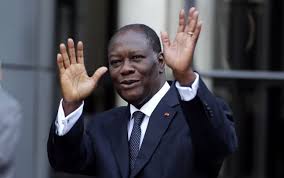 Ouattara won a total of 2,118,229 votes, or 83.66 percent of ballots cast, President of the Independent Electoral Commission (CEI), Youssouf Bakayoko, announced at a media conference.

Ouattara won the most votes in all but one of the 31 regions as well as the largest city, Abidjan, and the capital, Yamoussoukro, results showed.

May 31, 2016
PressRoom
P
P
World Like Yahaya Jammeh, African Leaders Who Also Refused To Step Down