Former chairman of Nigeria’s Independent National Electoral Commission, INEC, Professor Attahiru Jega, has received a nomination from Chatham House for successfully overseeing what has come to be known as Nigeria’s most credible elections since 1999.

Chatham House, also known as the Royal Institute of International Affairs and founded in 1920 to engage governments, the private sector, civil society and its members in open debate and confidential discussion on the most significant developments in international affairs, said Attahiru Muhammadu Jega “is nominated for his professionalism, determination and integrity as chairman of Nigeria’s electoral commission, which, in 2015, ensured the conduct of Nigeria’s most credible election since the country’s return to civilian rule in 1999.” 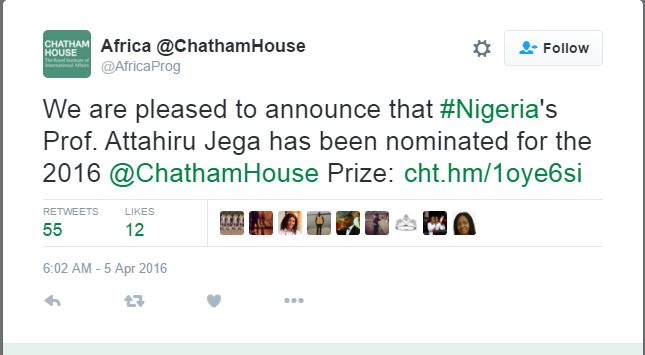