World Jerusalem: 7 Things To Know About Its Recognition as Israel's Capital by Trump

President Donald Trump recognized Jerusalem as the capital of Israel on Wednesday and directed the State Department to begin planning to move the embassy there, upending decades of U.S. policy on one of the most contentious regional conflicts in the world.

“Old challenges demand new approaches,” Mr. Trump said in a televised address at the White House. “It is time to officially recognize Jerusalem as the capital of Israel.”

Here are seven things you should know about the divided city:

Israel seized control of Palestinian east Jerusalem from Jordan during a 1967 war and later annexed it. The move was never recognised by the international community but Israel declared the city its undivided capital.

The Palestinians see east Jerusalem as the capital of their future state.

No countries have accepted Israeli sovereignty and have their embassies in the commercial capital Tel Aviv instead.

The city’s eastern sector contains some of the sites holiest to Judaism, Islam and Christianity.

Jerusalem’s population is divided not only between Israeli Jews and Palestinians, but also within the Jewish population, with over a third of the city’s 542,000 adult Jewish residents defining themselves as ultra-Orthodox, according to the Central Bureau of Statistics.

The ultra-Orthodox are the fastest growing segment in the city, with over two-thirds of elementary school children enrolled in their schools in Jerusalem.

Palestinians in Jerusalem have Israeli residency and access to services. Most Palestinians do not partake in municipal elections and cannot vote in parliamentary elections. NGOs in support of them denounce what they describe as the unequal distribution of resources and services in east and west Jerusalem.

Alongside the religious sites, institutions and people, Jerusalem is host to Israel’s top higher education facility, the Hebrew University, whose founding fathers include Albert Einstein and Sigmund Freud.

The Bezalel Academy of Arts and Design, Sam Spiegel Film and Television School and Nissan Nativ acting studio are some of the institutions that draw Israel’s most talented artists.

The Palestinian National Theatre is among the rare Palestinian institutions located in Jerusalem. Israeli authorities do not allow the Palestinian Authority to operate in the city.

According to the Central Bureau of Statistics, 78 percent of the three million tourists who entered Israel in 2016 visited Jerusalem. The most popular destinations were the Western Wall along with the Christian holy sites at the Church of the Holy Sepulchre and Via Dolorosa, all in the walled Old City. 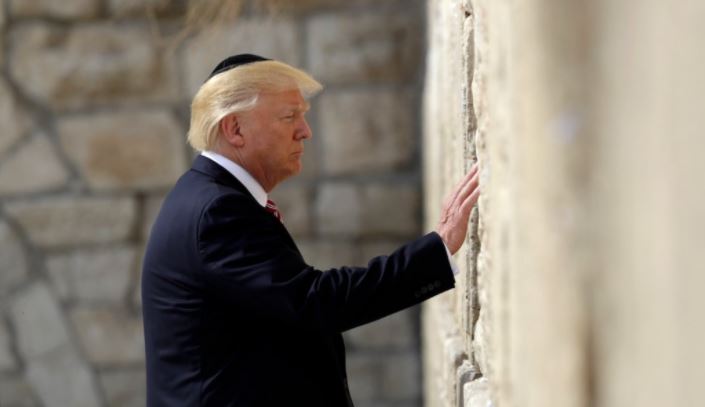 Jerusalem is one of the few cities worldwide to have a psychiatric condition named after it.

The rare condition affects tourists who come to visit holy sites of Christianity, Judaism and Islam and suddenly find themselves overwhelmed by it all, believing themselves to be characters from the Bible, Dr. Grigory Katz, a psychiatrist at Jerusalem’s Kfar Shaul Mental Health Center and an expert on the syndrome, has said.

The syndrome is rare, but when it strikes, it usually affects Protestant pilgrims from small-town America or Scandinavia raised in pious families whose trip to the Holy Land may be their first ever abroad.

Many of those afflicted by the condition become convinced they are Jesus Christ, the Virgin Mary or some other character from the Bible, but symptoms don’t tend to last long, and medication can help bring patients back to “normalcy” within days.

The move will likely destabilize the region, and jeopardize peace negotiations between Israel and the Palestinian Authority, some analysts said. Some takeaways:

“Some individuals and some governments will be more reluctant to work with the United States, and those hostile to the United States will get a boost in popularity,” said Jon Alterman, a senior vice president and director of the Middle East Program at the Center for Strategic and International Studies.

7. What were Trump’s motivations?

Trump noted that there would be “disagreement and dissent regarding this announcement,” but said he believed the decision would lay the groundwork for a peace deal. He called on all leaders of the region to join in the “noble quest to lasting peace.”

World Impeachment of Donald Trump – 10 things you need to know about it – Legit.ng