Construction giants, Julius Berger PLC and RCC, are back on site in continuation of the re-construction of the N167 billion Lagos-Ibadan express way.

The News Agency of Nigeria (NAN) reports that the presence of workmen became more noticeable at the Redemption Camp and Arepo areas at the Lagos end of the road.

Palliative works were ongoing at the failed spots in the Redemption Camp area of the road, major construction work was being done at the Arepo area. 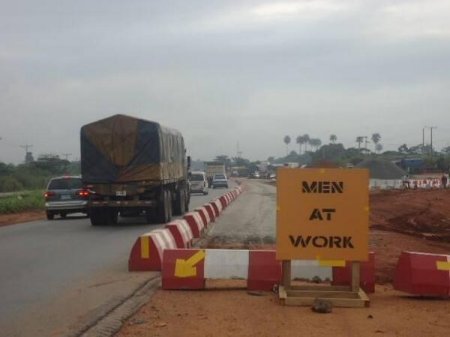 It will be recall that the Federal Ministry of Works, last week after a meeting of stakeholders with the Presidency, said that government had committed N50 billion to the project.

A source at the Julius Berger end of the road, who spoke on condition of anonymity, said that the company was back on the road for good, saying: “it is time to move forward on the project.”

The expected date for the completion of the project, which is being financed through Public and Private Partnership (PPP), is July 3, 2017.

The ministry promised that no stone would be left unturned to ensure completion of the road rehabilitation on time.