The Kano State Government has suspended it's ongoing probe into the financial dealings of the Emir of Kano, Muhammad Sanusi II and the Kano Emirate. 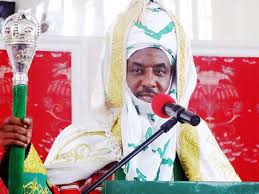 The chairman of the anti-corruption body, Muhyi Gado, said the commission was suspending its probe as the State's House of Assembly was also conducting an investigation. The State's assembly has earlier this week set up a committee to investigate the Emirate and report back in two weeks.

am not surprise. thr have spoken to dem d language Nig. understand beta
U

Suspended. Something is wrong
E

Something is wrong here
V

They're all corrupt
D

All those evil mens that kept northern youths undevelopment hate truth because Sanusi has started exposing them that is why they gang up to overtroll him, but they has failed