Kebbi State House of Assembly on Tuesday ordered the police to arrest former governor Usman Saidu Dakingari for his failure to appear before a House committee over alleged contract fraud.

The House last week gave the former governor up to yesterday to appear before it but when he failed to do so.

He was required to appear for questioning regarding his role in the award of the state airport multi-billion naira airport contract.

According to Dailytrust, the Speaker, Alhaji Samaila Abdulmumini Kamba at the sitting informed members that the Clerk of the House had confirmed to him that Dakingari did not appear as expected. 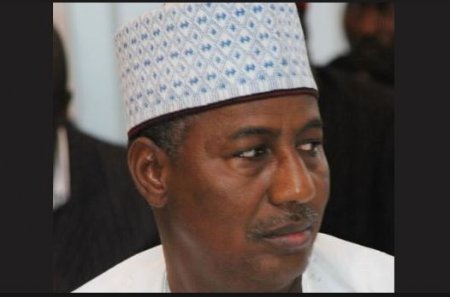 Following this, a member from Bunza constituency, Aminu Muhammed Bunza raised a motion for his arrest to compel him to appear before the house.

He said: “We have given him all the available opportunity to appear before us. We had invited him on two occasions but he didn’t honour our invitation. For this we should issue arrest warrant on him.”

His motion was seconded by the Deputy Speaker, Muhammadu Buhari Alieru and, thereafter, passed unanimously.

When contacted a former Special Adviser to Dakingari, Alhaji Ibrahim Musa Argungu told our correspondent that they were already studying the resolution of the state house of assembly on the former governor and would soon respond to it