The six-judge bench ruled 4-2 in favour of a petition filed by the opposition candidate Raila Odinga, who claimed that the electronic voting results were hacked into and manipulated in favour of the incumbent.

Kenyatta had won a second term with 54% of the vote. “The declaration [of Kenyatta’s win] is invalid, null and void,” said the judge David Maranga, announcing the verdict. 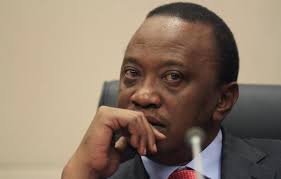 - the electronic voting results were hacked into and manipulated in favour of the incumbent.

- a scrutiny of the forms used to tally the votes had anomalies that affected nearly 5 million votes.

- The court did not place any blame on Kenyatta or his party.

- Unease around the election started when the official who oversaw the electronic voting system was found tortured and killed days before the vote.

- Kenya’s Independent Electoral & Boundaries Commission “failed, neglected or refused to conduct the presidential election in a manner consistent with the dictates of the constitution

- The election was marked as corrupt and this the third election the opposition is challenging.