A Muslim teacher who shielded Christian fellow passengers when their bus was attacked by Islamist militants has died in surgery to treat his bullet wound, BBC reports

Salah Farah was on a bus travelling through Mandera in Kenya when it was attacked by al-Shabab in December. 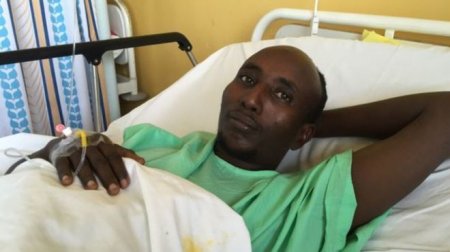 The attackers told the Muslims and Christians to split up but he was among Muslim passengers who refused.

A bullet hit Mr Farah and almost a month on, he died in hospital in the capital, Nairobi.

In previous attacks in the area, al-Shabab has killed Christians and spared Muslims.

A
Al-Shabab Slaughters 36 Non-Muslims In Kenya