Idris Wada, governor of Kogi state and candidate of the Peoples Democratic Party (PDP) in the ongoing governorship election, has stormed out of his polling unit in annoyance after the voter card reader of the Independent National Electoral Commission (INEC) failed to accredit him.

At polling unit 001 Odu in Dekina local government area, Wada presented himself for accreditation around 12 noon, but the card reader did not accept his fingerprints. Wada, whose wife suffered similar fate, filled the incident form thereafter and left in visible anger. 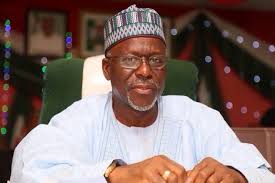