Metro Kwara Villages Are Not Under Invasion - Gov. Ahmed

The Kwara State Government has denied media claims of an invasion and occupation of 16 villages in the state by a neighbouring country.

The state government, in a statement issued by the Commissioner for Information and Communication, Alhaji Mahmud Ajeigbe, said the affected villages of Okuta district of Baruten local government area of the state are calm and still under the control of the federal government. The statement further stressed that although no foreign government has erected any structure nor hoisted their national flag in any of the villages as erroneously reported in the media, the state government has alerted the security agencies on the reports. 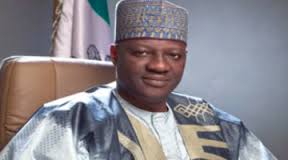 You can read - Tension as Benin Republic Invades Kwara, Takes Over 16 Villages

Ajeigbe said the Emir of Okuta, Alhaji Idris Abubakar, Chairman of Baruten Local Government Council and security agencies in the area have all confirmed that residents of the 16 villages are going about their normal activities without fear and that there is no sign of foreign security agencies or their structures in the area.

The government has therefore urged everyone to remain calm and go about their normal businesses as the Nigerian security agencies are up to the task of securing Nigeria’s borders and her people.
Also, the state police command said no single village was invaded in any part of the state.