Ladies - 6 Ways To Know When You Can Conceive 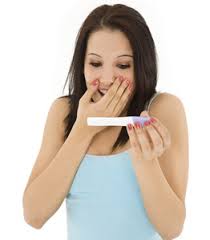 In my practice as a physician, I have seen many couples come to the hospital because of inability to bear children and after detailed clinical evaluation and investigations, both partners are normal with no medical disorder that can affect conception. Then one will begin to wonder why such couples are unable to bear children. The simple truth is that ‘the act is done at the wrong time’. For pregnancy to take place, the sperm must be available to fertilize the ovum (egg) when ovulation takes place. It is important to note that ovulation occurs on the 14th day in a 28 day cycle and it has a life span of just 24 hours in contrast to sperms that can survive in the female reproductive tract for an average of 3-5 days thus for fertilization, sperm cells must be in place to fertilize the egg. For pregnancy to occur, timing is everything.

Fertile Window
This is the only time a woman can conceive and it is due to the short life span of the female egg which is released from one ovary every month. However, both ovaries may release at the same month and this may lead to a fraternal twin (un-identical twin). The fertile window is the 6 days before ovulation. To determine when you will likely ovulate, it is best to calculate your average menstrual cycle by noting the day menstruation begins and the last day before the next menstruation. This will give your average menstrual cycle. NOTE: ovulation usually occurs on the 14th day before the next menstrual cycle. For women with a 28 day cycle, ovulation occurs on day 14; hence fertile window begins from day 10/11 up to day 14. Women with longer cycles, let’s say 35 days cycle; ovulation will be on day 21 of her menstrual cycle with her fertile window starting from day 18-21. For you to conceive, the golden rule is to have sexual intercourse in your fertile window.

So when does a woman ovulate? How do I know when am going to ovulate? Are common questions asked by woman.

The cervix which is the entrance of the womb produces a distinct secretion that varies in the different phases of the menstrual cycle. It can be used to determine when you will likely conceive and also to avoid unwanted pregnancy. It is a safe natural method with no side effect but for accuracy, attention must be given to the nature of the cervical mucus and you must be diligent and consistent for best results. During the fertile window, the cervical mucus is wet, abundant, and clear in colour with a slippery / stretchy characteristic. It is best checked before and after urinating by swiping front-to-back with a clean toilet paper. For best results, avoid douching, use condoms and avoid the use of lubrication in your first menstrual cycle. This is also known as ‘Billings Method’.

Few days before ovulation, aside the change in cervical mucus, certain other changes occur in the cervix which can tell you when you will conceive. The cervix becomes excessively wet, soft in consistency, and open (about 0.5 to 1 cm in diameter). The cervix is usually closed with a thick mucus plug that prevents sperm cells from gaining access into the womb. This method needs time and experience for you to get accustomed to the changes that occur in your cervix before ovulation.

This are specially designed kits used to predict ovulation. There are self testing kits that can be obtained ‘over the counter’ at local or retail pharmacy outlets. For effective usage, you must know your last menstrual period and the day you are likely to ovulate. Testing usually starts few days to the suspected date of ovulation. The rule is to subtract 17 days from your average menstrual cycle and testing begins on that day. For women with an average of 30 days cycle, testing begins on day 13. If the indicator in the prediction kits shows positive, then ovulation is likely to occur within the next 24 hours hence indicating when you can conceive. Ovulation prediction kit measures the changes in female reproductive hormones shortly before ovulation.

Although not readily available, cycle beads can aid you to know when you can conceive. Statistically more than 60% of women using this method achieve conception within 6 months. It is a special bead with different colours attached to a string. On the first day of your menstrual cycle, you will have to move the ring to the bead and this will be day 1. Then you will have to move the ring to the next bead. As a rule, you should always move the ring to the wide end from the narrow end. Fertile period is when you get to the white beads and having sexual intercourse every other day increases the chance of conception. If you start your next menstruation before you get to the darker brown bead or you have not started your menstruation when the ring gets to the last brown bead then your menstrual cycle is shorter than 26 days or longer than 32 days respectively. It is then advisable for you to consult your physician.

Due to the hormonal changes that occur in women before ovulation, they may experience certain symptoms. Although these symptoms are not specific, it is a way to know when you can conceive. Symptoms like slight vaginal spotting; breast engorgement and fullness; increase libido and sexual drive; heighten sense of taste, vision and smell; felling of abdominal discomfort may indicate that you are about to ovulate.

It is worth noting that none of these methods/ signs is 100% accurate but the combination of 2 or 3 of these methods will surely increase the chance of achieving conception. If after using these methods for 2 years without conception, then you should consult your physician for proper medical evaluation.

K
Entertainment Do you want us to show you where the men are so you can go put your bum in the air - Angel tackles OAP Nedu after he claimed most ladies go to....