Entertainment Lady Gaga: I Still Suffer From Being Raped As A Teenager

Pop icon, Lady Gaga has revealed an ongoing battle with post-traumatic stress disorder, part of the emotional fallout from having been raped as a teenager.

“I told the kids today that I suffer from a mental illness - I suffer from PTSD,” said Gaga, speaking to NBC television’s Today Show programme.

Two years earlier, the singer revealed on television she had been raped at age 19, an experience that left her traumatised. 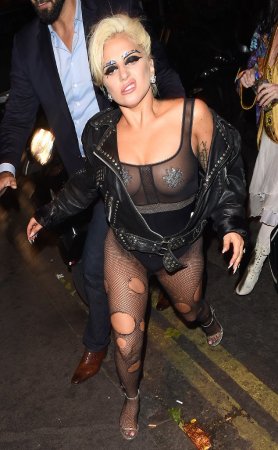 A gay icon who has long championed the rights of sexual minorities, Gaga, now 30, urged the youths at the Ali Forney Center shelter to find the courage to face their problems.

“I don’t have the same kinds of issues that you have, but I have a mental illness, and I struggle with that mental illness every day,” she said.

“I need my mantra to help keep me relaxed. You are brave. You are courageous.”

Mar 20, 2022
ese
E
E
Metro See the heartbreaking reply a teenager got from her mother after she reported that her stepdad had been raping her for 3 years - LINDA IKEJIS BLOG

Jan 19, 2019
ese
E
M
Metro “I was born as a boy but right now, I am changing to a beautiful lady” — Crossdresser, Jay Bugatti - YabaLeftOnline