The suspect, Happiness Umaru, was intercepted at Eric Moore in Surulere by policemen attached to the Rapid Response Squad, RRS, at about 10p.m. on March 16. Vangaurd gathered that during interrogation Umaru initially claimed to be the biological father of the baby. 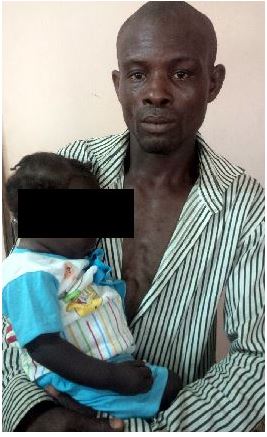 He later confessed that he found the baby around Ijora Railway, when he went into a bush to answer the call of nature. After the case was transferred to the Gender Department for further investigation, officers from the unit visited the scene of the incident, where they located the biological mother of the baby.

The baby has been released to the mother, while Happiness Umaru, the suspect, will be charged to court today.