The Lagos State Government on Tuesday said it would no longer allow social functions and parties in public schools just as owners of private schools across the state have been warned to comply with rules and regulations guiding their operations.

The Deputy Governor of the State, Dr. Mrs Idiat Oluranti Adebule who disclosed this while briefing the media on the strategic focus of Governor Akinwunmi Ambode’s administration on education for 2016, said the Governor had directed that schools should no longer be used for social functions. 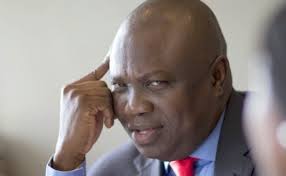 “The Governor has directed that schools will no longer be used for social activities any longer. We want to implore members of the public to report any school that violates this directive and we would ensure that defaulting schools are sanctioned accordingly.”

Adebule, who also oversees the Ministry of Education, said the state government was putting a searchlight on the standard of education in the private schools, saying it will no longer be business as usual for such schools that undermine best practices.