All is now set for the resumption of school activities in Lagos State following the decision by the government to open all schools on Sept. 22.

News Agency of Nigeria (NAN) correspondents who went round the city report that many of the schools visited said they were ready to resume on Monday.

The Principal, King’s College, Lagos, Mr Oladele Olapeju, told NAN that all was set for the resumption of academic activities in the college come Sept. 22.

Olapeju noted that all the necessary facilities required to be put in place before the resumption were already intact.

He said the college management had organised a sensitisation exercise for the teachers on how to check the spread of the disease, in line with the government’s directive.

``I am sure before you entered this college for this interview you must have been screened for your temperature level.

``This is part of the things we have done to ensure that our children remain safe and I know with God on our side, none of our students shall be struck with this terrible disease,” he said.

Mrs Uche Agbazue, the Head Teacher of Santa Maria Montessori School, Alaka Estate, Surulere, said the school was well prepared for the Sept. 22 resumption and measures had been put in place to ensure the students and teachers were health conscious toward Ebola.

``If you look around the school, you would find that we are well prepared for resumption on Monday. We have the infrared temperature thermometer, sanitisers and wash hand basins by the playground and the halls.

``Our teachers are also well prepared, having taken some training exercises from Red Cross personnel and flyers have been made and would be distributed on resumption," she said.

``Everyone is working hard to ensure that the environment is safe for the children coming back on Monday, and we are strongly prepared to check everyone who enters the school.

``Attention would be drawn to pupils and parents with high temparature and other abnormal occurrences," the official said.

Mr Adebayo Badmos, the Proprietor of May Day College, Surulere, said the school was bent on adapting a` health first’ approach to the resuming students.

``They would all be screened for their safety and the prevention of the spread of the Ebola virus on Monday.
``As far as I am concerned, we are ready to commence the new session," Badmos said.

``We had a meeting and everything has been approved; before the end of today they would supply amenities to sanitise both teachers and students.

``There are already flyers here which would be given to parents and we would meet with them to discuss how they could work with the school, to ensure that everyone is free and educated about the virus," Erinfolarmi said.

However, Mr Funminiyi Oyesomo, a Senior Education Officer, Iponri Junior and Senior Schools, said they had not been provided with any materials for the proposed resumption.

He said the school would still resume on Sept. 22.

``There is nothing on ground at all right now; but there has been a directive to resume on Monday which we will all obey.

``But if the Nigeria Union of Teachers (NUT) says we should go back after resuming then we will.

``For now, what I can say is we are working on the taps and other things we can address from over here but concerning measures to prevent Ebola, nothing has been given to us by the government," Oyesomo said.

The Chairman of the NUT, Lagos State Chapter, Mr Segun Raheem, also said no precautionary measures had yet been provided against the spread of the Ebola Virus in public schools in the state.

``The Federal Government through the Minister of Education and State Commissioners for Education met to discuss the reversal of the earlier Oct. 13 resumption date.

``At the meeting, Sept. 22 was agreed as the new resumption date.

``It was also agreed on the occasion that certain precautions should be put in place in schools, to halt the spread of the Ebola virus.

``In Lagos State, most of these precautionary measures are not in place, thereby putting the lives of children at risk, who in the first instance, are the most vulnerable.

``In view of this, the national body of the union has directed teachers in the states that do not comply with these safety measures to stay away from work," Raheem said.

Pastor Rufus Famuwagun, South-West Zonal Coordinator, National Association of Parents and Teachers of Federal Unity Colleges, told NAN that there was the need for effective and constant monitoring of the schools.
According to him, government and other major stakeholders have been working together to ensure the safety of the children on resumption.

``I am in support of the resumption because I know that government, in collaboration with the various PTAs of these schools, has put up a lot of measures in place to check the disease.

``Right now, if you visit most of the Unity schools, you will discover lots of gadgets to check the temperature of the children and many other things.

``There have been, also, efforts to ensure constant water supply, wash-hand basins, sanitisers, as well as constant sensitisation of all the children and staff of every college.

``I think with all these on ground, constant monitoring and supervision, and with God on our side, we will have a safe landing, and our environment totally free of Ebola,” he said. 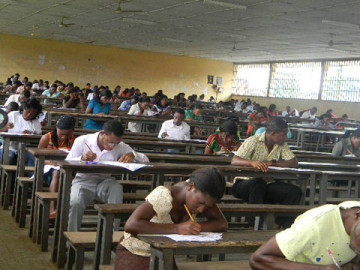