Over 200 shops were destroyed after fire razed the popular sawmill in Ketu area of Lagos today.

The inferno, which started around 4.30am also razed four cars, two houses and a toilet facility within the sawmill.

According to PUNCH, It was learnt that the fire was caused by an electric surge.

A shop owner, Waheed Adekeye, said he lost all his planks and machines to the fire, which was later put out ‎around 10am by the Lagos State Fire Service. 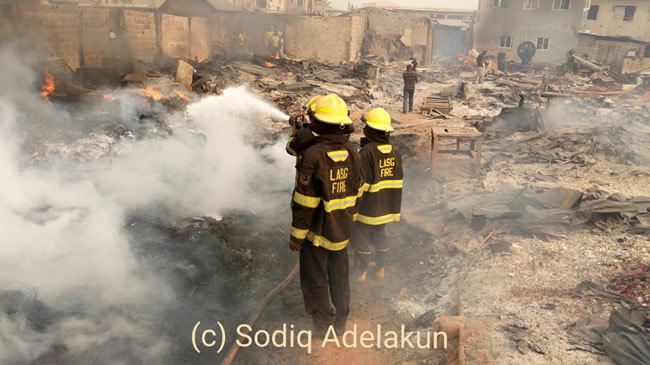 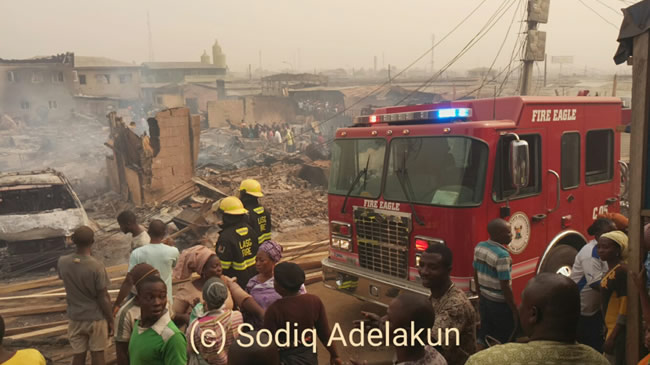