Curators
Minister of Information and Culture, Lai Mohammed, has reacted to reports that the Federal government had begun investigations into the alleged links of former President Goodluck Jonathan and his wife Patience to the Niger Delta Avengers.

In a telephone interview with Daily Trust, Lai Mohammed said he was not aware of the investigations but that the allegations against the former president have refused to go away. 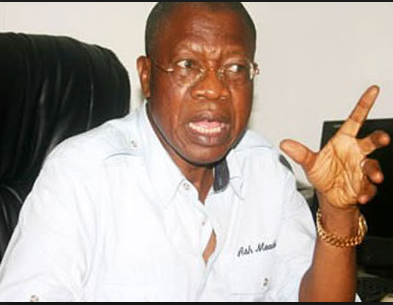 "These allegations have refused to go away and those making the allegations are not backing out. So I will not be surprised if the security agencies show interest in it but I am not aware” he said

Aug 5, 2022
Kayode Israel
K
K
Metro Out of about 12 conditions, Twitter has been able to meet 10 – Lai Mohammed explains why Twitter suspension is yet to be lifted – Linda Ikeji’s Blog

Feb 28, 2022
Kayode Israel
K
K
Politics “I Did Not Hand Over A Collapsed Nation To Buhari” – Goodluck Jonathan Lists His Achievements – Naijaloaded