Curators
Five-time ballon d'Or winner, Lionel Messi, has insisted that he won't play for any other European club except Barcelona, thereby clearing the air about joining Manchester City or Paris Saint-Germain.

The 28-year old forward was linked with a move away from the Nou Camp early last year when he disclosed he didn't know what the future holds but that scenario melted when the relationship between boss, Luis Enrique and Messi got better, thereby leading five trophies for the club, and Messi also winning the FIFA Ballon d'Or and the UEFA player of the year.

"I have always said that Barcelona is my home and that I want to retire at this club, but I was talking about my European career there," Messi told France Football.

"I could never play for another European club than Barcelona.

"Anything can happen in football, but I have no doubts about what I want, and what I want is to stay here at Barcelona."

Messi has been a key figure for Barcelona this campaign despite missing two months through injury, scoring 19 goals in 23 appearances in all competitions.

He has a contract at Camp Nou until June 2018. Goal 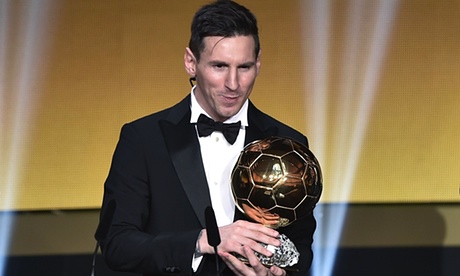