Six years after Nigeria gained independence, Major Chukwuma Kaduna Nzeogwu (pictured ), led some of his colleagues to overthrow the then civilian government. 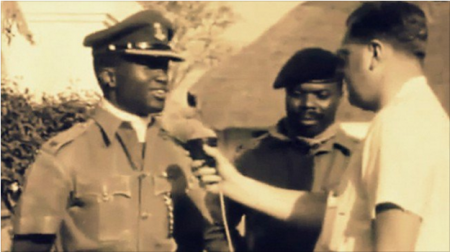 50 years later Nigerians are still reeling from the effect of the first coup, which was carried out on January 15, 1966, and saw the death of many leaders of the nation.

The government was overthrown six months later and a horde of coups followed for the next decade.

Here are six lessons that Nigeria ought to have learnt from the first ever putsch.

Jan 16, 2017
abujagirl
A
A
Metro Biafra And A Sense of History - Reuben Abati

May 30, 2017
abujagirl
A
L
Metro An Open Letter to Northern Youths Over Igbo Quit Notice by Charles Ogbu