The year 2015 has been filled with obvious political wars. Today we present to you 6 top political battles of 2015 in Nigeria.

Senate President Bukola Saraki got the number three seat in the land despite the position of his party, APC, which preferred Yobe senator, Ahmed Lawan. By defying the party, Saraki was defying its strong leader, Bola Tinubu, who did not take kindly to the daring.

More painful for Tinubu and the APC was the fact that Saraki teamed up with the minority PDP in the Senate and created an upset, leading to a PDP man, Ike Ekweremadu, emerging as Deputy Senate President in one of the biggest political upsets of the year. Saraki also denied the party the chance to produce the Principal Officers.

Tinubu described Saraki’s election as a “kangaroo arrangement” and vowed not to recognise him. In another drama, Tinubu released a statement after news filtered in that he and Saraki were planning to thwart the administration of President Buhari. He called Saraki “indisciplined” and accused him of “crass acts of disloyalty”, while Saraki said he wouldn’t “join issues” with Tinubu. 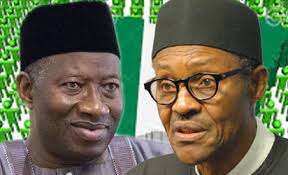 In recent times, there seems to be a gradual reapproachment between the two men at the instance of President Muhammadu Buhari but it remains to be seen how far this will go.

Saraki’s other battle has to do with his brush with the law. There has been no respite for him since he became senate president. First, the Code of Conduct Bureau came calling. The Senate President was slammed with a 13 count charge of false declaration of assets. The drama Nigerians were treated to was too good to be free, as the Senate President moved from court to court, seeking reprieve from his trial by the CCT. As though that battle wasn’t enough, his wife, Toyin Saraki, was invited by the EFCC for questioning for corrupt dealings while her husband was Governor of Kwara State. It might be a coincidence, but just when the wife of the Senate President was being investigated by the EFCC, the Senate which her husband heads began its own investigation into the activities of the Chairman of the EFCC, Ibrahim Lamorde, who eventually was relieved of his duties by the President and replaced with Ibrahim Mugu.

Saraki’s legal battles continue next February, when the Supreme Court is expected to rule on whether the CCT can proceed with the criminal trial of Saraki.

Rivers State is a state where political drama is never in short supply; from the “K-leg” saga of 2007 to the Supreme Court judgement of that same 2007. But things got a little more dramatic in 2015 as the general elections got closer. Nyesom Wike became the candidate of the PDP for the Governorship election in the state while the APC picked Dakuku Peterside to fly its flag. It seems though like the race was between Wike and Gov. Rotimi Amaechi. Words like “corrupt,” “thief,” “cultists” were brandished freely as both actors struggled to “out-accuse” each other.

The election result was embarrassing for Rotimi Amaechi as he failed to deliver the state to his party both for the Presidential and Governorship election in the state. It was one of a handful of states in the country where election observers agreed the poll was marred by irregularities.

After he was sworn in, Wike instituted a Commission of Inquiry to investigate Amaechi. Amaechi fought back through the courts as he tried to stop the investigation, but unlike in 2007 when the courts favoured him, this time he lost and the report of the commission was damning to the government he ran.

In October, Amaechi was nominated by President Buhari to be a Minister, and as expected, there was resistance from Wike. That resistance led to a petition being sent to the Senate to prevent his screening and confirmation. Wike looked like he was on course to win this battle, as Amaechi’s screening was shifted, but in the end, Amaechi was screened and confirmed as Minister of Transportation.

Wike also went on to lose his seat at the election petition tribunal and most recently at the Court of Appeal.He was also disappointed at the Supreme Court recently.

This battle would probably go down in history as the political battle that changed Nigeria’s democracy. Whether that change will be for good or bad, we have at least four years to find out.This was a battle between an incumbent (Jonathan) and a serial contestant (Buhari) which ended at the polls with Goodluck Jonathan conceding defeat.
This political battle was one that heated the nation as supporters of both Presidential candidates stoked tension. The battle divided the country along ethnic and religious lines as the SS and SE voted in their numbers for Jonathan while the SW, NE, NW and NC voted for Buhari. In the end, Buhari won with with just over two million votes. And Nigeria survived.

This political battle brought about a milestone in our democracy as the first time a sitting President would lose an election, and the fact the loser conceded defeat instead of clinging on to power by all means, showing the rest of Africa and the World at large that Nigeria was making progress democratically.

One of two states to hold governorship elections in 2015 after the rest of the nation. The front runners in the poll were Abubakar Audu of the APC and Idris Wada of the PDP. Audu was a former Governor of the state while Wada was seeking a second term in office. Audu was leading the keenly contested poll when he died before the election was concluded creating a logjam not envisaged by the constitution or electoral act. Interestingly, the APC chose Yahaya Bello, the runner up in its primary, to replace Audu, a situation which has caused James Faleke (Audu’s running mate) as well as Gov. Wada to head to court. The court ruling next year will be noteworthy.

Shortly after Buruji Kashamu was elected as a Senator, with his party, the PDP losing at the centre, the National Drug Law Enforcement Agency (NDLEA) came for him. Accused of peddling drugs in the US in the early 1990s, Kashamu is said to be wanted in the US for drugs smuggling. He claims that it is a case of mistaken identity and that it was his brother and not him that was involved in drug smuggling, but the NDLEA would have none of that. The NDLEA raided his house as they tried to arrest and extradite him to the US. Kashamu on the other hand hid in his toilet for almost a week as he tried to prevent his extradition. He blamed several people from a former president to a former deputy PDP national chairman for his travails. At some point, he even threatened to commit suicide if he was extradited, but that doesn’t seem likely now as different courts have dismissed the Federal Government’s suit seeking to extradite him.

This will arguably pass as the battle of the year. This battle started in the early weeks of the Buhari Presidency. The former NSA was accused of being in possession of weapons capable of starting a mini war. In the ensuing drama, the DSS lay siege on his house for days as Nigerians watched. He finally got his day in court and was granted bail to travel abroad for medical treatment. Well, the DSS could have none of that and instead of obeying the court judgement, they continued to lay siege on his house and preventing him from travelling abroad.

As the case went on, the dynamics changed. The charges were no longer that of illegal possession of arms, it metamorphosed into embezzlement and diversion of funds meant for arms procurement. This new round of charges have unearthed stories that have shocked and gripped Nigerians of how monies supposedly meant for arms went into funding campaigns and media blitz, self enrichment, among others. Dasuki has been arraigned before an Abuja High Court on a 19-count charge of money laundering and breach of public trust.

K
Politics ”If we repeat the mistake of 2015, and vote Tinubu in as President in 2023, we will have another UK based President – Reno Omokri – Linda Ikeji’s Blog