Metro Maid Raped By Her Madam's Husband And Son In Lagos, Flees To Asaba

A teenage girl simply identified as Oluchi, has been handed over to Human Trafficking Department in Police Headquarters Asaba, Delta state - after several maltreatment from her Madam. According to a report, the young girl was also sexually molested by her Madam's husband and son after she was brought from Ebonyi to Lagos to work as a maid.

Read the report shared by the CEO Behind Bars imitative, Prince Gwamnishu Harrison; 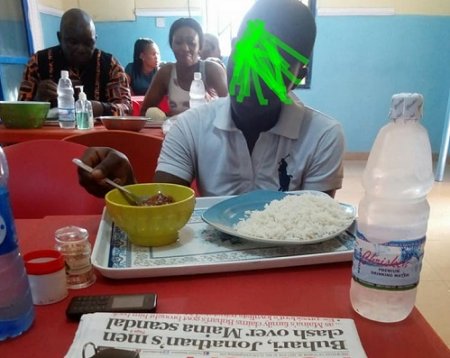 UNKNOWINGLY SHE HAS BEEN PAYING FOR THE MONEY THEY BOUGHT HER THREE YEARS AGO.

HER NAME IS OLUCHI.
Her story is the story of everyone of us.
She saw me few weeks ago in Summit Junction Asaba and told me she needed help to get to Ebonyi State.

I looked at her, she's a minor and asked her how she got to Asaba. She started crying. I took her bag and told her to enter the car. Drove her to a Food joint.

After an hour, Oluchi opened up and told me her story.

She was taking from her parents three years ago (Human Trafficking) from Ebonyi State and handed to a woman (Name Withheld) on a promise of better life and good Education.

Her three years living with Madam was Hell on earth. Getting to Lagos, She became the House Help and also a Pleasure for Husband and Son. Several times, she has been sexually harassed by the woman's husband and Son. Each time she refused Father and Son from sleeping with her, they will accused her of stealing will receive beating from Madam, Husband and son.

She ran away from home No .... Hassan Street Ojo Lagos.

"We were five (5) girls they brought from different locations. Madam use to give me money every month to give to a certain woman" Said Oluchi.

Oluchi unknowingly, has been paying for the money Madam bought her with three years ago.

I handed Oluchi to Human Trafficking Department in Police Headquarters Asaba and she has been in Safe hand staying with a woman that has Passion for the needy.

We got the family on phone and explained to them how we saw Oluchi in Asaba but they kept saying Bring Back the Girl let's pay you for the expenses.

Today, our Team in company of Police officers will take Oluchi back to Ebonyi state to re-unite with her Parents after three years.

We will register her in School and provide materials for learning.

There are young girls/boys in your neighborhood who are going through Hell Right now. Please speak for them, report to the appropriate authorities.

Dec 15, 2021
Kayode Israel
K
E
Metro Woman in tears as she proposes to her boyfriend in a crowded mall and he rejected her proposal (video) - Linda Ikeji's blog

Metro Maid pushes the child in her care, leaving her bleeding profusely from her head – Linda Ikeji’s Blog