Nigerian Senators who are probing Abdulrasheed Maina’s recall revealed on Thursday night that three incriminating evidence have been received against the Attorney General of the Federation(AGF) and Minister of Justice, Abubakar Malami.

Preliminary investigation into embattled former pension boss Abdulraheed Maina’s case has shown that it may lead to a repeat of the episode of the sacked Secretary to the Government of the Federation, Babachir David Lawal, senators have said.

The Senate on October 24, this year resolved to probe the scandal following a point of order by Senator Issah Hamma Misau (APC, Bauchi) on the issue. 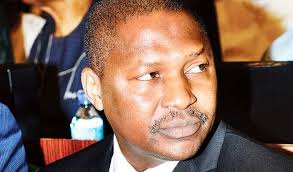 A member of the committee told DailyTrust that three incriminating evidence against the AGF are in their possession.

“The issue is more than his meeting with Maina in Dubai, it is about the documents. When he appeared on Tuesday, we showed him the documents. He accepted one but say he should be given time to look into the remaining two. This is why he appeared again today (yesterday),” he said.