Curators
Anthony Martial sent Manchester United into the FA Cup final with a late winner as the Red Devils beat Everton 2-1 at Wembley. 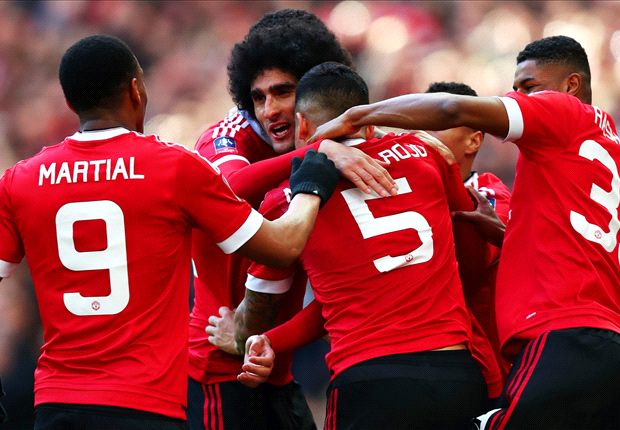 Marouane Fellaini opened the scoring on 34 minutes after good work from Marcus Rashford and Anthony Martial, the midfielder firing home at the near post to give United a deserved lead.

Yet Everton were handed the perfect opportunity to level the scores just before the hour mark when Timothy Fosu-Mensah was adjudged to have fouled Ross Barkley, in what looked a harsh decision.

Up stepped Romelu Lukaku but his strike was brilliantly saved by David De Gea who dived to his right and got a firm hand on the ball to turn it around the post.

Yet the chance energised Everton who continued to search for an equaliser and were rewarded with a little over 15 minutes to go, Chris Smalling diverting Gerard Delofeu’s cross past De Gea to force the replay.

There was still time for more drama, however, Martial netting the winner deep into stoppage time after picking up a pass from Ander Herrera before coolly finishing past Joel Robles.