Nigerian telecom operator in Ghana Glo has been hit with massive resignations from its staff after the company begun shutting a number of its outlets across the country. The company has closed about 15 out of its 25 outlets across Ghana.

Citi Business News has gathered that most of the staff who have tendered in their resignations were brought in from Nigeria.
Most workers of Glo who spoke to Citi Business News on condition of anonymity said a large chunk of Ghanaian staff are also resigning because the company, since its arrival in Ghana has failed to increase wages and salaries. 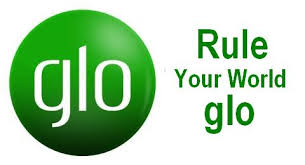 Though management has been tight lipped about the development, information available to Citi Business News indicate that Glo in the last 2 years has incurred massive losses in Ghana, and has failed to meet its sales target.
Meanwhile the Tamale office of the telecom company which serves the three Northern regions, has been closed down.

The Techiman Glo shop at GTB, which is the only shop in the Brong Ahafo Region has also been closed.
Same can be said of the Volta Region outlets, where the Ho and Aflao shops have all been closed.

In the Ashanti region, 3 out of the 4 shops being Suame, Obause and Asafo have been closed leaving only the Adum shop.
The only shop in the Eastern Region at Koforidua, has also been shut down leaving the region without any Glo representative to help users of the network if they have any problems.

In the Western Region, out of the 3 shops, three have been closed; that is the Sekondi and Tarkwa shops.
The Greater Accra Region which initially had 12 shops now has only 7.
5 of the company’s outlets have been closed the Mallam junction, Kaneshie, Adabraka, Abeka-Lapaz and Dansoman outlets.